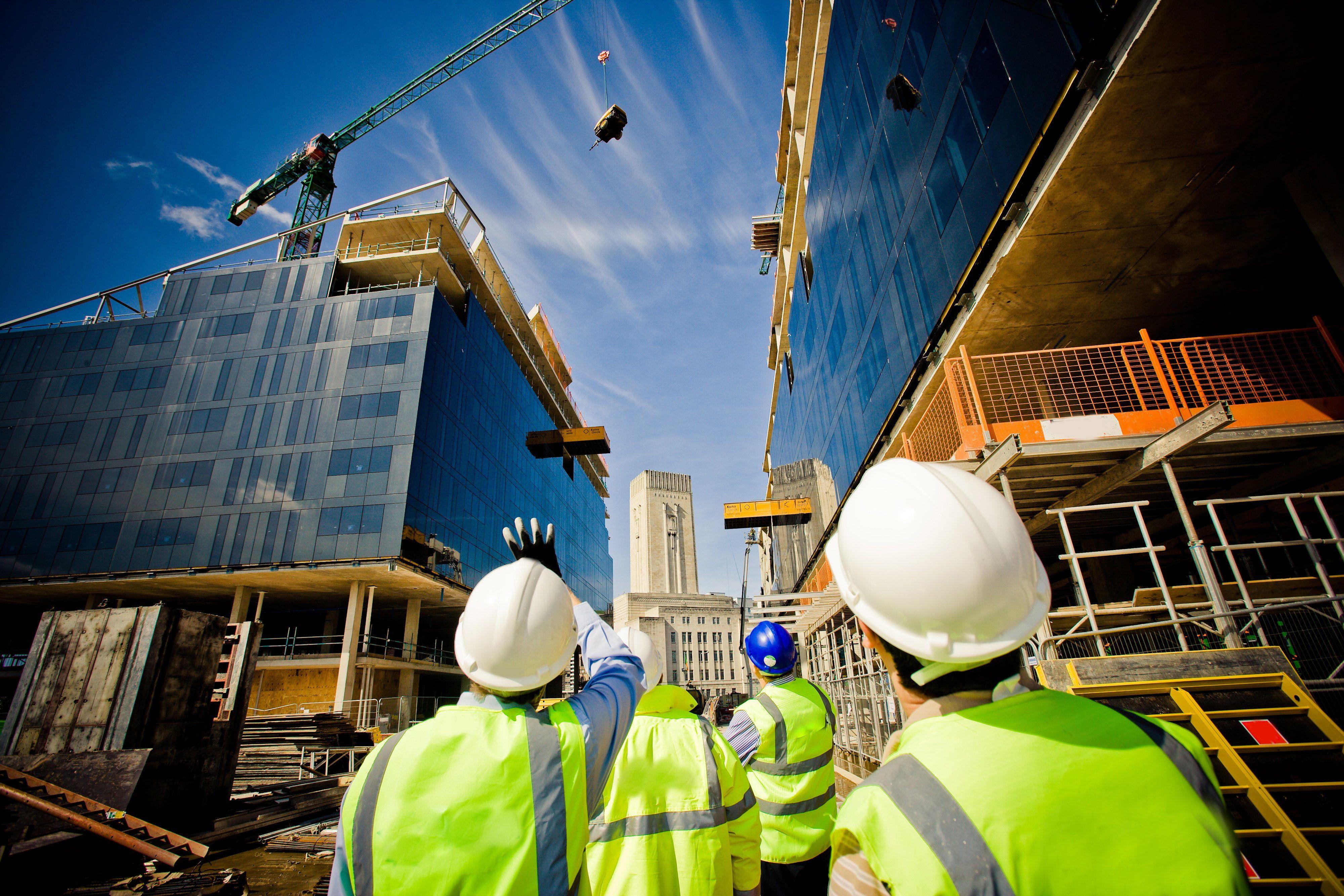 With COVID-19 surging out of control across the country, and daily death tolls approaching the highest numbers since the spring, many contractors are bracing for more government-mandated work stoppages on construction sites, similar to those ordered in the initial weeks of the pandemic.

Given that reality, construction pros say they’re doing what they can now to prepare, while making sure their projects can be buttoned up in an orderly fashion to ensure they can come back on the other side, ready to get back to work. Here are some steps that contractors and other experts say are important to consider now:

For some construction firms, preparing for a shutdown may include fast-tracking schedules now, while they still can.

“With the specter of another lockdown always a possibility, most jobs have done the math, and are keeping it updated, on the overtime cost of accelerating the project,” said Geoff Ross, a New York-based architect and construction consultant. “It can be costly to finish a job ahead of schedule, but if it beats a looming lockdown, it can be money well spent.”

For others, the lessons learned in the shutdowns early in the pandemic are serving as guideposts to prepare for the months ahead.

“A lot of those early shutdown orders came as quite a surprise,” said Philip Casto, senior vice president for risk services at Chicago-based business insurance brokerage HUB International. “It was on the news on Friday that on Monday we were going to be shutting everything down.”

For that reason, Casto and HUB have been telling clients to be prepared for whatever the later stages of the pandemic may hold in store, and document exactly where they are in their projects today.

“You want to make sure you have a checklist to run through,” Casto said. “Take photographs of your project, the current percent completed, and any materials or equipment that are going to be left onsite.”

Winter weather in many parts of the country could also be an issue on any jobsites that go dark.

“You’ve got to make sure you secure all of your assets are secure as we enter the colder months,” Casto said. “There are going to be ice issues, there are going to be building envelope issues. I worry about having to leave a project, and not having it buttoned up.”

For Eran Polack, CEO of HAP Construction in New York City, prepping for previous shutdowns included boarding up entrances to the property, and then leaving a skeleton crew of two or three people onsite for security purposes.

For a large, vertical construction project, buttoning it up completely could mean decisions about rented equipment, including large cranes.

“If you’re not going to be back for three months, when does that crane have to get taken down and pulled offsite?” Casto said. “Because just shutting it down creates some liability in the way the cranes are parked, if there’s a significant storm event.”

One concern voiced by multiple sources was the possibility of workers not coming back after a longer shutdowns, especially if they find other opportunities, as they did during the Great Recession.

“For instance, if construction is deemed not to be an essential industry, but Amazon can continue to operate, one could expect a lot of construction workers to try to find work in fulfillment centers,” said Associated Builders and Contractors chief economist Anirban Basu. “There’s no guarantee they will come back to the construction trades.”

To combat that possibility, Polack said he learned during previous shutdowns to keep his trade partners involved in the project during the interim, even if physical work is halted.

“So although a plumber or an electrician can’t do anything from home, we still include them in the weekly meeting,” Polack said. “We’re looking at the schedule, and things that can be done from home, and keep the communication open, so that when things do start again, you’re not coming back from a six or eight week stoppage. There is some continuity.”

Ask owners to keep the team together

Linda Foggie, senior vice president and head of the New York office for professional services firm Turner & Townsend, advocates talking to owners about considering shouldering the carrying costs of any in-place teams. Doing so during a prolonged work stoppage helps preserve the institutional project knowledge that’s been developed on a job.

“Are they willing to pay the monthly burn rate to hold things together so that when things reopen, you can bring back your team,” Foggie said. “Many clients have said yes to that. So I would encourage contractors to ask the question.”

Do what you can do during downtime

Contractors can also use the knowledge of potential shutdowns to look ahead and secure materials they’ll need on the other side, especially because shutdowns would undoubtedly affect manufacturing, too.

“Because Georgia isn’t shut down but it looks like they’re heading that way, you could buy that carpet now (in Georgia), even though you’re still in steel and not ready for it,” said Foggie. “Maybe you rent a warehouse in New Jersey and hold the carpet there until you’re ready for it, because at least then you have it.”

Others encourage contractors to use any downtime as an opportunity to improve outstanding issues on a project and see it as a rare chance to get a “do over” on aspects that didn’t go as planned.

“As much as everybody wants to get things started as soon as possible, take this time to re-asses the project, and see if it can get improved in any way,” said Eli Meltzer, principal of New York-based Meltzer/Mandl Architects. “Every building has pieces that we wish we could have done differently, and sometimes the construction clock moves things forward too fast to adjust. But you may have an opportunity to optimize it now, and end up with an even more special product.”

Prepare for the coming boom

The good news is, whatever happens this winter, onlookers expect construction to come roaring back, once a vaccine is in place. One reason why is that this downturn is different from the Great Recession, in that it hasn’t been caused by large sums of debt. That means when the pandemic is brought under control, both consumers and companies will have plans — and cash — they’ll want to put in motion.

“There will likely be a crescendo of work sometime next year,” said Basu. “The presumption is that with so many projects being postponed, that at some point a significant volume of projects will restart.”

Indeed, that possibility has led to another concern: how to manage the influx of projects, and get enough workers to complete them, if all those jobs come on the market at once.

“One of our concerns is with a big surge of projects restarting, what trade partner and material availability is going to look like,” said Stuart Meurer, president of Beverly, Massachusetts-based Windover Construction. “We are watching it closely, and believe the impacts will start to be felt in Q2 of 2021.”

But in order to get there, of course, contractors will need to survive the coming winter first.

“You’re not delivering construction services under a federal government lockdown scenario, so you better not be generating costs,” Basu said. “Then you come up with a strategy so that on April 15th or May 1st or whenever this thing comes back to life, you’re ready.”